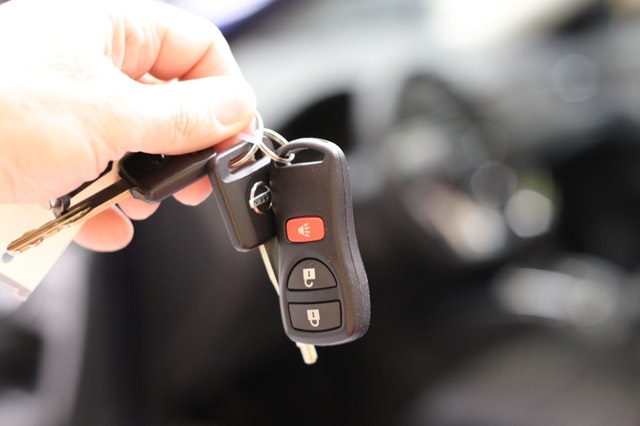 Self-driving cars are likely to disrupt the auto industry as car ownership becomes less of a necessity and more of a luxory.
Autonomy Tomorrow

For more than a century, owning a car has been nearly as common — and necessary — as having a roof over your head. Given also how much the world economy revolves around the automotive industry, it’s easy to assume that people will always have to put up with the hassles of car ownership. However, one think tank believes otherwise. In a May 2017 report, RethinkX arrives at a shocking conclusion: The self-driving car revolution isn’t some far-off dream but will become a reality by the time today’s infants are old enough to start driving.

In its eye-opening report, RethinkX, a self-described independent think tank, boldly predicts that car ownership is already well on its way to extinction. Considering how crucial car ownership is for so many, however, the report’s predictions are truly incredible. The authors made several important and thought-provoking points.

The End of Car Ownership?

One of the most eye-opening findings of the report is that car ownership will essentially be a thing of the past as soon as the year 2030. By that time, the report states that nearly 95 percent of all miles traveled on roads will be done from inside self-driving cars. Given the wild popularity of current semi-autonomous vehicles, one might assume that these self-driving cars will be manned and owned by individuals. However, as evidenced by the data provided in the RethinkX report, that’s highly unlikely.

Savings Could Be a Boon to the Economy

In the present reality, not owning a car isn’t an option for most families. The cost of owning a car is considerable, and the coming autonomous car revolution will most likely render this issue a thing of the past. According to the report, the typical American family stands to save upward of $5,600 per year by shedding the need to own and maintain a car. By 2030, in fact, it is estimated that Americans will keep an extra $1 trillion that would have previously been spent on car ownership costs. The ensuing boon to the economy could be the biggest of its kind in more than a century.

Transport as a Service

While the media tends to focus more on the marvel that is the self-driving car, those in the know understand that the real changes will occur on a much larger scale. The RethinkX report predicts that in as little as just over a decade, the vast majority of cars will be owned as fleets by individual companies. These companies are already prompting the development of “transport as a service,” or TaaS, which will provide the platform by which autonomous cars are adopted by the public at large. Inevitably, TaaS could put an end to private car ownership.

For Clues of the Upcoming Shift, Look to Automakers

While the idea of fully autonomous vehicles has only recently become part of the public zeitgeist, automakers started preparing for them long ago. In fact, anyone who is skeptical about the think tank’s predictions needs only to check in with what these automakers have been up to lately to become believers. In 2012, GM invested $500 million in Lyft as part of its long-term efforts to provide the company with self-driving electric cars. Most famously, Tesla already has a proprietary ride-sharing platform, Tesla Network, that’s well under development.

It is fairly easy to imagine the effects that the autonomous vehicle revolution will have on individuals. The implications of doing away with private car ownership are more far-reaching than that, though. On the plus side, since these vehicles will be electric, they will spur a major drop in demand for oil. Global oil demand in 2020 is projected to peak at around 100 million barrels per day. By 2030, it is expected to drop to just 70 million barrels per day.

The end of car ownership won’t go smoothly for everyone. Any shift in technology creates winners and losers, and many industries that rely on car ownership will suffer. These include parts dealers and car dealerships.

Additionally, people whose livelihoods currently rely on operating motor vehicles, including cabbies and truck drivers, will have to find new careers. This may sound ominous, but an entirely new industry will develop at the same time. When combined with the considerable savings that this revolution will deliver to Americans, it’s probably safe to assume that society will weather this storm well.

The Future of Individual Transportation

There is no way to predict the future, but when it comes to autonomous cars, the writing is splayed across the wall: Private car ownership is going the way of the dodo. Some may be resistant to it, but the process is already well underway. In fact, children who are being born now may very well never operate a car personally in their lives. In terms of safety, savings, and even the environment, that’s probably a good thing.