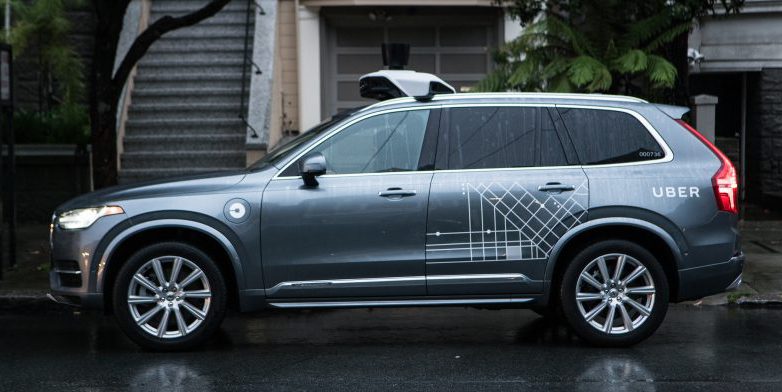 In the wake of its tragic failure, Uber is taking several preventative measures. Many state lawmakers and competitors are treading more carefully as well.
News

Every new technology has its kinks and bugs regardless of how much testing and preparation is completed. While this often leads to inconvenient issues for consumers, in the case of the recent Uber self-driving car crash, the problems proved to be fatal.

On the evening of March 18, 2018, 49-year-old Elaine Herzberg was hit by one of Uber’s self-driving taxis while attempting to cross the street in Tempe, Arizona. The woman was rushed to the hospital, but she later died from her injuries.

When Tempe police released the recordings of the incident, people were shocked for two reasons. The first cause for alarm was the fact that the woman who was hired as the safety driver was recorded looking away from the road. The job of a safety driver is to remain aware of the car’s surroundings and take control if the technology should glitch or fail.

The second reason so many experts were shocked and upset is because they believed that the autonomous car driving system should have easily picked up on a pedestrian attempting to cross traffic. While the victim was crossing an unlit street, analysts say the autonomous vehicle technology should have seen her.

In the wake of its tragic failure, Uber is taking several preventative measures. Many state lawmakers and competitors are treading more carefully as well.

How Car Companies Are Responding

The truth is that Uber’s robotic car project had been struggling for several months prior to this incident. The company’s human drivers were having to take control of the vehicles far more frequently than drivers of competing autonomous cars. After the crash, Uber stopped all robotic car testing in Arizona, Pittsburgh, Toronto, and San Francisco. There is currently no projected restart date.

One of Uber’s major competitors, Waymo, is using this as an opportunity to highlight the safety and robustness of its own self-driving car technology. While many companies are pulling back and exercising more caution when it comes to autonomous car systems, Waymo’s CEO John Krafcik is showing no signs of halting or slowing down his fleet. In fact, Waymo is scheduled to begin utilizing its self-driving trucks to make deliveries in Georgia starting in April of 2018.

Manufacturers are also seeming to take the news in stride. Toyota is the only car manufacturer that appears to be putting its own driverless technology research on hold in the wake of the Uber incident. Nvidia, the company responsible for manufacturing the self-driving technology Uber was using, has also suspended its testing program following the crash and has begun distancing itself from Uber.

How Cities Are Reacting

Various cities are taking steps to prevent future safety issues as well. For now, the entire state of Arizona has put a hold on testing autonomous driving technology. This incident has also raised awareness of the fact that many states and cities do not have the appropriate safety regulations in place for when self-driving technology makes its way to their roads.

Experts are pointing to both a lack of regulation and poor city design as two major ways cities are failing its residents as the country moves toward a driverless future. While many cities have been taking a “wait and see” stance, others are saying that’s the opposite of how this technology should be handled.

City engineers and local governments have an opportunity to get in on the ground floor of this technology and work with manufacturers to plan for this future. However, few have jumped at the chance. In light of the Tempe tragedy, experts hope that cities will be more willing to take the reins and oversee the introduction of autonomous vehicles more closely.

The Future Outlook of Self-Driving Cars

Despite Uber’s struggle with successfully implementing a semi-autonomous fleet, the technology itself is not going anywhere. Almost every major car manufacturer is working on a version of assisted-driving or autonomous technology, so it’s inevitable that the future of transportation will eventually be driverless.

As tragic as the loss of life is, it’s important for consumers to keep a balanced perspective. No matter how much testing and planning is involved, it is inevitable that mistakes and equipment failures will happen. While one of the points of having robotic drivers is to make the roads inherently safer, the technology must be fully integrated into real-life situations before all of the bugs can be fully worked out.

A safe, driverless future is coming. Until that day arrives, however, companies must do everything in their power to make the technology as smart and seamless as possible in order to prevent more tragedies like the one in Tempe.