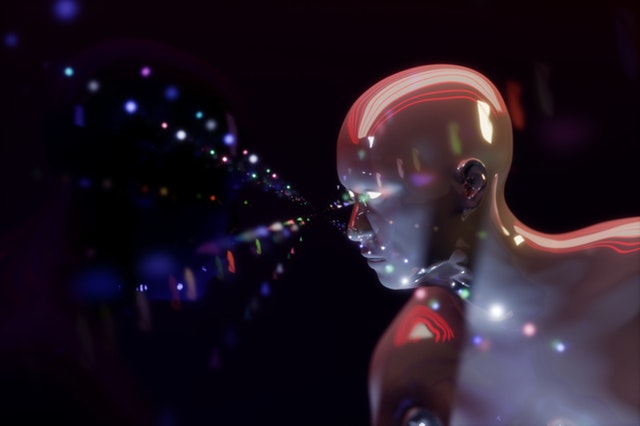 Self-driving cars are quickly becoming a part of our everyday world. The idea of a car that drives itself still seems like a fantasy. What is the magic that makes this possible?
Autonomy Today

Self-driving cars are quickly becoming a part of our everyday world. The idea of a car that drives itself still seems like a fantasy. What is the magic that makes this possible?

Cars Have the Ability to Learn

Autonomous cars are not merely robots programmed to perform specific algorithms. Self-driving cars certainly have the ability to sense their environment and respond to it, but there is more to them than just reacting to what they perceive to be happening. Using machine learning, autonomous cars actually have the ability to learn. This is different from simply being programmed to tell whether or not there is a car ahead or if a pedestrian is crossing the street.

The autonomous car’s intelligence is programmed with algorithms that allow it to recognize patterns in its sensory input. This intelligence creates a working body of knowledge that will be passed on to future cars. These future vehicles will be able to interpret their own sensory input. By referencing the body of knowledge that its intelligence has acquired through training, it will know how to perceive the different elements of the road and how to respond to each of them.

These deep-learning algorithms constitute a level of intelligence in that they enable an autonomous car to drive on a particular road without having been programmed explicitly to do so. They use their ability to find statistical patterns in their sensory input and refer to what it has seen and how it has been recorded in their past to determine how they should react to the road obstacles, pedestrians, other vehicles, and all other elements of driving that humans take for granted.

Waymo, a subsidiary of Google’s parent company Alphabet, drives many billions of miles in computer-simulated situations every day. When an autonomous car encounters some aspect of the road environment that it doesn’t understand, Waymo creates it in a simulation. Waymo can then teach the deep-learning algorithm what a specific obstacle, such as a flashing yellow turn signal, is. They teach the car’s intelligence how to identify it based on the data that comes from the sensory input of the car.

They can teach the car how to respond to it on a fundamental level so that when it sees it again, it will know how to react. Again, this is not as simple as telling the car to speed up or stop when it sees a flashing yellow turn signal. The fundamentals are taught to the car’s intelligence. Then, variations of this scenario are developed in the simulation.

A process known as fuzzing is then used to make these scenarios more ambiguous, forcing the autonomous car to react based on the fundamental information it received from its training combined with its ability to make sense of its environment using pattern matching and anomaly identification. When the car’s trainer feels that the car understands every version of the scenario correctly, this learning is added to the body of knowledge for all cars in the company’s line of self-driving cars.

The eventual goal of all self-driving cars is Level 5. This means that an autonomous car is fully able to drive in all environments with no human intervention. This includes extreme scenarios that these cars do not handle well at the present time. For example, self-driving cars do not take well to dirt roads currently. It will likely be a while before this milestone is reached. More attainable at the moment is Level 4, which denotes full autonomy to self-driving and monitoring roadway conditions for the duration of an entire trip. The definition of this level limits the domain of the autonomous car to those conditions for which the intelligence has been designed and trained.

The power of machine learning holds great potential. While humans have performed the vast majority of real-world driving, humans have certain limitations. Humans are not always in a good condition to drive. They can sometimes be intoxicated or tired, for instance. In addition to this, some people are unable to drive due to a disability or their age. The machine learning that propels the field of driverless cars offers great promise and a sense of independence to disabled individuals and the elderly. The possibility of reducing deaths and accidents due to drunk driving furnishes a great incentive for the technology to be adopted by society.

Machine learning is vital for the emergence of self-driving cars because it is this understanding of patterns and the ability to find anomalies in data that allow driverless cars to make sense of the road. Explicitly programming vehicles to drive on every conceivable road without any learning ability would be incredibly difficult. Just like if you had to teach a person to drive on every road they had to drive on, you would want them to be able to understand the road and its obstacles in an abstract way that, through intelligence and learning, could be applied to every road they encounter. This is what self-driving cars do, and that’s why machine learning is so important to making self-driving cars a reality.