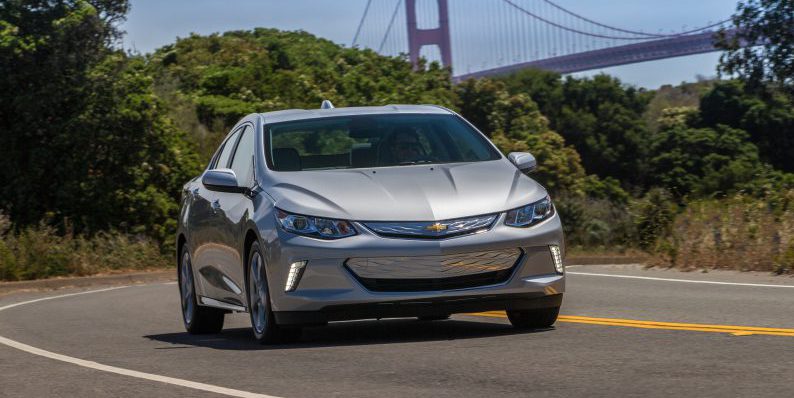 Chevrolet Volts used on General Motors’ campus suggest that the company may one day have Volt autonomous cars ready for use on public roads. The idea may sound far-fetched to those who don’t have the privilege of watching the autonomous Volts in action, but GM is notching its belt with technological advancements that seem to say that it’s got what it takes to make self-driving cars happen.

Semi-Autonomous Driving for the Consumer Market

The Chevrolet Volt is a plug-in hybrid car. That alone makes it technologically impressive, but to take the cool factor up a level, Chevy offers two Driver Confidence packages that add semi-autonomous features to the Volt. The technology isn’t available on the LT, the Volt’s lower trim level, but buyers can add the Driver Confidence suites to Premier models.

Driver Confidence I offers car buyers two safety features: Side Blind Zone Alert with Lane Change Alert and Rear Cross Traffic Alert. The lane-change system notifies drivers when there is another vehicle in the Volt’s blind spot, and it provides a more intense notification if the Volt’s driver signals to shift to the occupied lane. Rear Cross Traffic Alert assists when backing out of a parking space; the system will provide warning sounds and signals to let drivers know that there is a car approaching from one side or the other.

With the smaller safety package installed, buyers can also opt to add Driver Confidence II. This package increases the semi-autonomous nature of the Volt’s safety suite. It includes:

With Driver Confidence II installed on the car, the 2018 Volt is an IIHS Top Safety Pick.

Volt on the GM Campus

The semi-autonomous features available on the 2018 Chevrolet Volt keep it well in line with other similar cars on the market. Although these are handy features to have, they don’t significantly set the vehicle apart from other 2018 cars.

What’s impressive about the Chevy Volt is how General Motors has been using these cars on its Michigan campus. In 2015, GM announced that by the end of 2016, it would set up a program for self-driving cars at its facility. Using an app, certain employees would be able to request a ride from an autonomous Volt. The cars would perform specific driving tasks and travel up to 25 mph.

In addition to providing transportation around the campus, this program was also designed to fill a greater need. Launching an internal fleet of autonomous cars would provide General Motors with invaluable data about the ins and outs of self-driving car technology. A GM press release described the program as a “rapid-development laboratory to provide data and lessons.”

Future Goals for the Chevy Lineup

Self-driving cars on the GM campus are just the tip of the autonomy iceberg for this automaker. In 2016, GM purchased the startup company Cruise Automation. Cruise had already found answers to many of the struggles that come along with trying to launch a truly autonomous car. With Cruise on its side, GM was able to jump forward with its self-driving technology.

The GM car that has been used as the platform for self-driving vehicles is the Chevy Bolt, an all-electric crossover. The self-driving prototypes are given specialized computer systems, LiDAR and radar capabilities, and multiple cameras. With the goal of launching a ride-sharing service, GM is already testing these high-tech Bolts on San Francisco streets. The automaker has teased that it may be able to remove steering wheels from the prototypes before the end of 2018.

What exactly does this mean for the Volt? GM and Chevrolet haven’t yet said. If the automaker really does manage to launch a fleet of Bolts without steering wheels or pedals, it stands to reason that the technology could eventually spread to other models in the Chevy lineup, including the Volt hybrid.