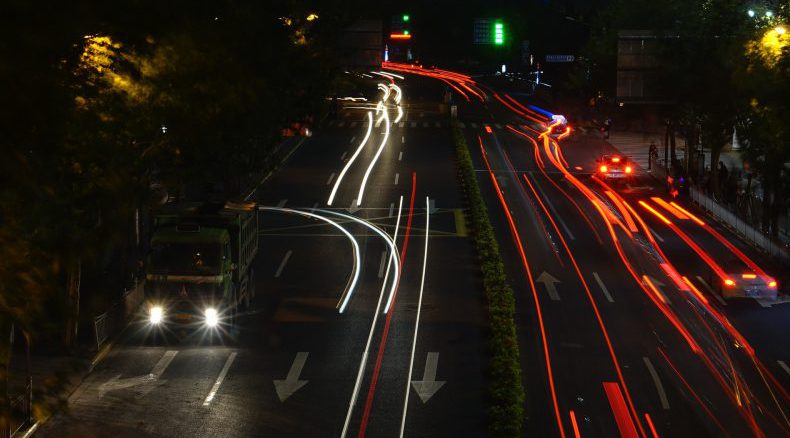 Building on the 2012 success of researchers at Stanford University, the Chinese government is developing a 100-mile highway that is designed specifically with self-driving cars in mind.
Autonomy Tomorrow

Building on the 2012 success of researchers at Stanford University, the Chinese government is developing a 100-mile highway that is designed specifically with self-driving cars in mind. Slated to accept traffic in 2021, the new highway incorporates advanced technology including:

The planned speed limit for the six-lane superhighway will be at least 75 mph. The control infrastructure could increase the average speed of vehicles on the superhighway from 20 to 30 percent. This speed would be possible even in snowy weather because the charging mechanisms embedded in the roadway would double as warmers, which would melt away the snow without the need for corrosive salt or a fleet of plows.

Eventually, the provincial government wants the intelligent superhighway to have no speed limits like the German Autobahn. Ren Zhong, who is the deputy director of transport for Zhejiang Province, also stated that it is hoped that this first-of-its-kind highway will usher in a new era of green, intelligent highways that will be at the cutting edge of technology.

The highway cost is planned to be 17.2 billion yuan, which is roughly $3 billion. The money is seen as a wise investment as thousands of cars will traverse the new highway daily, and none of them will contribute anything to China’s carbon footprint because the electricity for the road and the recharging of the autonomous cars and trucks comes from solar power.

Two companies in China have already been issued licenses to test self-driving cars and the wireless charging systems on one smaller highway of three-and-a-half miles in length. China seems to be doing much the same thing in Shanghai as Waymo is in San Francisco and Atlanta: developing autonomous vehicles that are connected to the internet, wirelessly charged, and safe.

In Europe, plans for roads of this type have been in the works for four years. Their initial plan is more ambitious than the 100-mile highway in China. The Europeans want autonomous cars to be able to make it from Rotterdam to Vienna, a trip of nearly 1,200 miles. They call it the Cooperative Intelligent Transportation Systems Corridor.

China, Japan, and Europe lead the way in the world when it comes to these intelligent roadways, with the United States lagging far behind. The model in the U.S. includes vehicle-to-vehicle data sharing instead of a satellite-based system to save costs because the highway departments in the U.S. are flat broke. By shoving the costs onto the car companies, the U.S. is slowing down its autonomous car development by adhering to the tenets of the present economic climate in the country.

Originally, the Cooperative ITS Corridor was conceived as a method for drivers to get across Europe more safely and quickly. It still included human drivers in its paradigm, however. With the phenomenal results coming out of China, the development of the European roadway is shifting toward self-driving cars. In fact, the Europeans might even have sensed the breakthroughs before they happened, and they prepared for self-driving cars and trucks in their 2016 report on Cooperative ITS.

Despite Chinese and European success in technological development regarding autonomous cars, it is not the technology that gives them the advantage over the U.S. in the development of autonomous driving. It’s simple: The world trusts self-driving cars, and the U.S. doesn’t. Five in six Chinese have a favorable and trustworthy view of autonomous cars and trucks as opposed to just half of U.S. citizens. Twice as many Chinese citizens as Americans think that driverless cars are safe.

The U.S. is also a “car culture.” People in the U.S. prefer to drive themselves even when mass transit is cheaper. In fact, Italian researchers concluded that people prefer cars even in hypothetical situations where they wouldn’t have to ride mass transit. With the shift toward electric self-driving cars and ride-sharing, as well as the anticipated 2030 ban on the internal-combustion engine in Europe, the era of private car ownership may be coming to an end.

The executive vice president of mobility of TÜV Rheinland, Matthias Schubert, notes that media in the U.S. have presented only the negative aspects of self-driving technology, hyping the accidents and possible computer hacking as problems while ignoring the vast number of benefits. He suggests that better education of the public is necessary to bring the doubters on board.