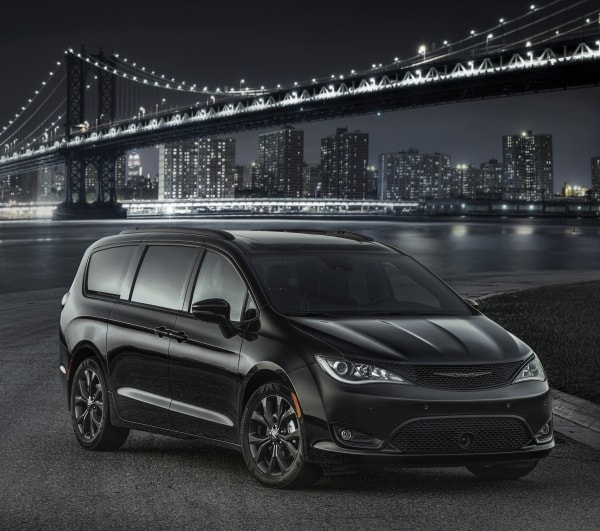 Is it possible for a family van to be accommodating yet still cutting-edge cool? With the 2018 Chrysler Pacifica, it is. This minivan is loaded with standard and extra autonomous driving features ideal for families that need seating for up to eight.
Autonomy Today

Is it possible for a family van to be accommodating yet still cutting-edge cool? With the 2018 Chrysler Pacifica, it is. This minivan is loaded with standard and extra autonomous driving features ideal for families that need seating for up to eight.

Whether a family purchases Pacifica L, the base model of this minivan, or the top-of-the-line Pacifica Hybrid Limited, they’ll be getting at least three semi-autonomous car features for safety and convenience.

For 2018, Blind Spot Monitoring is standard on every Pacifica. This system detects other vehicles that are in the vehicle’s blind spot. If an obstruction is detected, the minivan makes the driver aware by lighting up an indicator on the corresponding side-view mirror.

The Pacifica also includes ParkSense Rear Park Assist with Stop. While this is a cumbersome name, it does a pretty good job of summarizing what the system does. First of all, it keeps an eye out during backward parking maneuvers. If there is an object behind the car, visual warnings appear on the in-dashboard screen and there’s an audible alert. If the driver does not respond to these caution signals, the vehicle can use its self-driving car abilities to automatically put on the brakes.

For additional help in the parking lot, the Pacifica has Rear Cross Path Detection. When a driver is backing out of a perpendicular parking space, this system provides a heads up about other vehicles that are approaching from one side or the other.

Upgrades for Those Who Want More

For tech-savvy families who desire more than just the standard autonomous car features, Chrysler offers the optional Advanced SafetyTec Group. This package is an available add-on for the top three trims of the gasoline-powered Pacifica: Touring L, Touring L Plus, and Limited.

The autonomous car highlights of this package include:

There’s no question which Pacifica is the most technologically sophisticated. The Pacifica Hybrid Limited earns high marks on the technology scale simply for being a hybrid vehicle. In fact, Pacifica was the United States’ first hybrid minivan.

Hybrid Limited is the top trim level of the plug-in edition. Unlike the other versions of the Pacifica — both standard and hybrid — the Hybrid Limited requires no add-on package to get the full suite of autonomous features. The Advance SafetyTec Group package, including LaneSense, Advanced Brake Assist, and more, comes standard feature on this high-tech minivan.

Despite its impressive technology lineup, this is not the autonomous car for families that need eight seats. Unlike standard Chrysler minivans, Pacifica Hybrid vans top out at seven passengers.

Chrysler made headlines in early 2018 after signing a deal with Waymo, Google’s self-driving car service. The two companies agreed that Chrysler will provide thousands of Pacificas to Waymo beginning at some point in 2018. While Waymo already owns a few hundred hybrid Pacificas, the non-exclusive deal could easily double, triple, or even quadruple its minivan fleet. It’s hard to say exactly since the two companies have not disclosed specifics of the new agreement.

Waymo’s goal is to build a fleet of fully self-driving cars, a degree of autonomy known as Level 4. Its ride-service cars will operate without human intervention to pick up and deliver passengers. Waymo has already tested some fully autonomous cars in Arizona.

Although American families might be excited at the idea of purchasing a Chrysler Pacifica with that level of autonomy, commercially available 2018 Pacificas are only Level 2 self-driving cars. The minivan can help with driving, but for now, human interaction with the system is a must. Waymo uses proprietary self-driving systems to achieve a higher level of autonomy in the Pacificas.