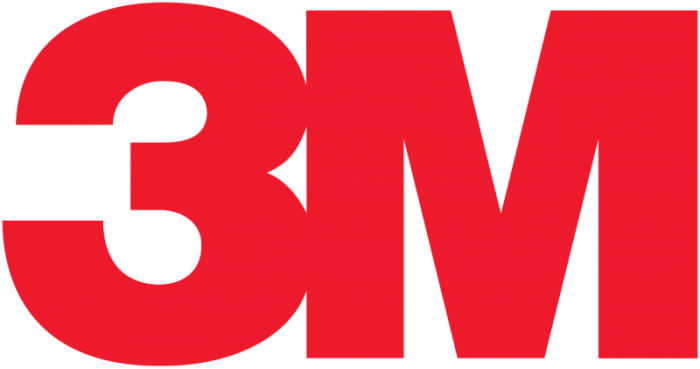 3M's long history of innovation and experimentation has led to technology that could be useful in self-driving cars.
Players

3M, formerly called the Minnesota Mining and Manufacturing Company, is an American multinational conglomerate known for producing a wide variety of items, which range from adhesives and abrasives to dental and orthodontic equipment. Some of their well-known products include sandpaper, masking tape, Post-it notes, and cellophane tape. 3M’s long history of innovation and experimentation has led to technology that could be useful in self-driving cars.

3M’s diverse array of laminates, adhesives, and coatings has allowed the company to enter into the field of components for autonomous cars. In particular, 3M is researching touch screen panels and adhesives that could be used in the passenger cabin of a self-driving car. The touch screens would be a part of how drivers and riders in SAE Level 4 and Level 5 cars communicate or receive information from the vehicle’s artificial intelligence system. Creating durable panels for those touch screens is an important part of the development process. This is a long-term investment and research project for the company. In fact, market analysts believe that companies like 3M would not see a profit for their efforts for at least three years.

A safe future with self-driving vehicles will involve “smarter” roads. That’s why 3M established its Connected Roads project. The aim of the technology is to update the existing infrastructure of lane markings, directional signs, and street signs with high-tech units that autonomous cars would recognize with a greater level of ease and accuracy. The Connected Roads system by 3M is designed to use materials that are already in place on the roadways and make them more recognizable to self-driving cars.

This could lower the cost of making a “smart” road system. One of the ways 3M might do this is with lane markings that use light beyond the visible spectrum. A self-driving car’s LiDAR system would be able to sense the light and use it for navigational and operational needs. Using types of light that can be sensed with LiDAR rather than relying on light that can be sensed through the visible spectrum could enhance the safety of autonomous cars. The effect would be most noticeable during inclement weather when traditional lane markings are difficult to see in visible light.

Another aspect of the 3M Connected Roads system is making signs more reflective. This would help human drivers as well as the artificial intelligence used in autonomous cars. The reflective signs would use a system of “smart codes,” which would refer to information that is in a centralized database maintained by 3M. These codes would be updated with pertinent information on a regular basis. The ability to get up-to-date information while on the road could help with the route-planning software and the safety of a self-driving car.

Partnerships With General Motors and the Ford Motor Company

3M is partnering with General Motors and the Ford Motor Company to create the technological systems that would allow autonomous cars to receive “secret” messages from road signs on smart roads. The messages, which will be invisible to humans but recognizable to the artificial intelligence systems and sensors on self-driving cars, could contain real-time information pertinent to the vehicle’s location on the roads.

According to Colin Sultan, who is the head of 3M’s Connected Roads division, there has not yet been a lot of interest or investment in making updates to the infrastructure that self-driving cars will be using. However, making those updates could help with the success of fully autonomous cars. Sultan explains that even a tiny error in a self-driving car’s GPS system could wreak havoc on real roads. Errors as small as half an inch could cause a big problem.

If the infrastructure could feed instantaneous updates about a vehicle’s location and other key bits of information, the artificial intelligence system could re-calibrate its location information or use it to avoid obstacles on the road. Sultan states that those redundancies could make autonomous cars safer.

By August 2017, 3M received permission to begin testing its Connected Roads technology on a 3-mile stretch of Interstate 75 in Oakland County, which is part of metropolitan Detroit. 3M partnered with the Michigan Department of Transportation to install bar codes on road construction signs as well as in the vests that construction workers wear while doing traffic work. The information in the bar codes conveys to self-driving vehicles to slow down in the work zone. That partnership between automakers, government, and 3M could advance the infrastructure that autonomous cars will need in order to be safe on public roads