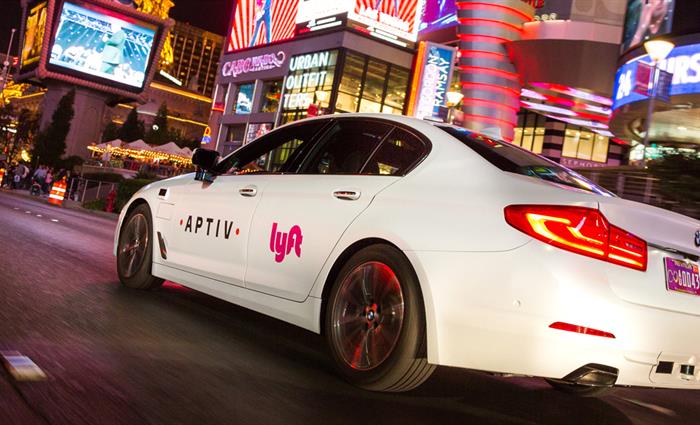 Delphi Technologies continues to focus on being the developer of conventional powertrain and aftermarket products while the remaining company, Aptiv, took over most of the development of autonomous cars.
Players

For over two decades, Delphi Automotive was known as a parts and technology company based in the United Kingdom. In an effort to reflect two different visions and identities, however, executives opted to split Delphi in late 2017. Delphi Technologies continues to focus on being the developer of conventional powertrain and aftermarket products while the remaining company, Aptiv, took over most of the development of autonomous cars and greener propulsion technologies. However, both companies continue to work together toward a common goal.

Aptiv’s self-driving cars lead the way when it comes to sensor fusion. The company has long been developing and implementing driver assistance systems, such as antilock brakes and lane keeping assist. Naturally, Aptiv has used these as the starting points for creating more advanced systems for self-driving cars.

One of the most advanced systems Aptiv has brought forth is a V2X system for communicating with other vehicles in real time. LiDAR, a remote sensing method that uses light to detect objects, requires a direct line of sight to function. While it’s great at steering a self-driving car through congested traffic, the current technology has difficulty seeing problems a mile down the road. V2X can address these issues by making self-driving technology more reliable.

Aptiv partnered with Lyft for its January 2018 showing of self-driving cars at CES in Las Vegas. Attendees at the conference could even book self-driven rides from Apitva’s fleet of 5-Series BMWs as part of the presentation. As SAE Level 4 vehicles, they still had steering wheels and pedals even though each was equipped with multiple LiDAR mounts on the front and sides.

During the exhibition, riders had 20 preprogrammed locations in Las Vegas where they could hail an autonomous Lyft ride using their app. There were 10 autonomous cars available during the exhibition. The cars not only knew where they were going, but they were also tied into the city’s traffic light system. They followed the traffic signals as well as the directions from their LiDAR emplacements.

Aptiv has joined forces with Mobileye, an Isreali tech company that’s planning to use 2 million cars to map roads in the United States in 2018. Mobileye will feed the gathered data to Aptiv so that the developers can program cars to know everything about the mapped roads, particularly new constructions that might not be on fully updated GPS maps yet. This data will also be useful to regular cars that have some autonomous systems on board.

Tasked with the “regular” cars, the Delphi half of the company is striving to improve fuel economy by 20 percent. As part of the United States Department of Energy’s Advanced Research Projects Agency program, Delphi is working with government agencies and university research programs in a quest to develop new methods and strategies for autonomous driving. The company also wants to break people of the “diesel habit” by helping customers transition to hybrids. These hybrids will incorporate new systems that are part of an overall strategy called NEXTCAR, or Next-Generation Energy Technologies for Connected and Automated On-Road Vehicles.

Through uploaded high-definition maps, these systems will know what kind of roads lie ahead. This will allow them to make helpful recommendations to the driver. The best choices will be those that provide the most optimum combination of driving time, fuel economy, and lower emissions.

While Aptiv works on V2X, Delphi will begin its development of V2I communication. This involves communication with the fixed nodes of V2X as well as city governments, traffic control centers, and other institutions of society. The concept, called SmartCity, is being tested in partnership with Ohio State University.

SmartCity involves the entire running of OSU’s home city of Columbus, Ohio. However, the chunk directly devoted to transportation is labeled “enabling technologies.” Along with directing autonomous cars, the system will also run the city’s mass transit network. SmartCity will prioritize the smooth passage of emergency vehicles and focus most of its processing power on dangerous intersections and stretches of roadway.

With the focus on hybrid and electric vehicles, the split company of Aptiv and Delphi and various partners hopes to provide Americans with safer, greener vehicles, including autonomous cars. They also plan to develop further technologies, such as large-scale truck platooning and on-demand self-driving cars that act as shuttle services from mass transit stops into the city center. The overall goal is to maximize the vision of the city planners.