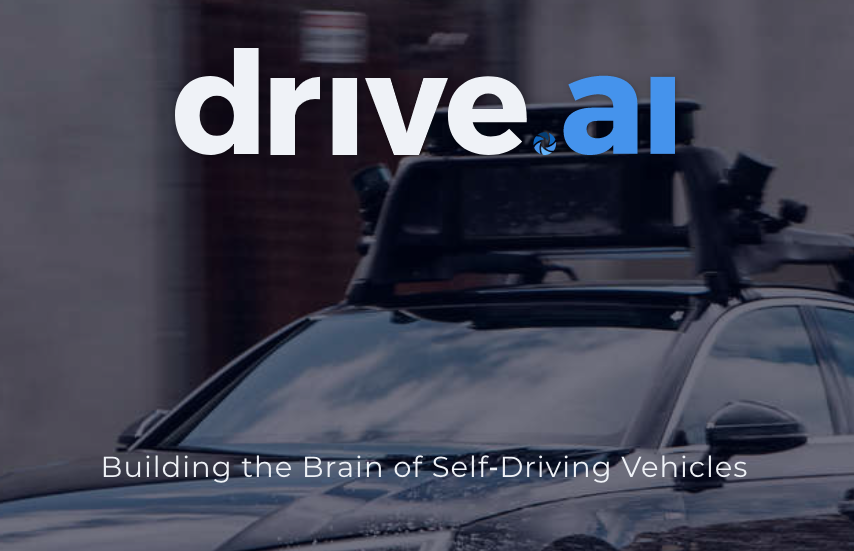 Self-driving car technology is still evolving, but the market is already seeing the proliferation of niche participants that focus on specific subfields. Drive.ai is a Silicon Valley company that wants to become the go-to name for the brains behind autonomous vehicles.
Players

Self-driving car technology is still evolving, but the market is already seeing the proliferation of niche participants that focus on specific subfields. Drive.ai is a Silicon Valley company that wants to become the go-to name for the brains behind autonomous vehicles. Unlike many players in the market, though, this firm is taking a different approach that could even mean big things for regular vehicles. Here are some facts that you might find interesting.

Drive.ai got its start in the Artificial Intelligence Lab at Stanford University. Although the company is not strictly affiliated with Stanford, six of its eight founders worked in the lab and shared the goal of using deep learning to help create viable software solutions for controlling autonomous cars.

According to its official website, the firm wants to use its technology to heighten the safety of autonomous vehicles. The founders believe that deep learning, which gives AI software examples and lets it train itself with subtle human feedback, could be useful for helping vehicles learn to recognize people, objects, and hazardous conditions without requiring programmers to input every potential circumstance individually.

Drive.ai was formally launched in 2016. In April of 2016, the startup became the 13th firm to receive a California license for autonomous vehicle testing on public roads. In June of 2017, its Series B funding round raised $50 million, and just a few months later, the company announced that it was partnering with Lyft to embark upon a new ride-sharing pilot program. Although no fully autonomous cars were used in this initiative, the company said that the trial would help it gather more market data and create a commercial deployment road map.

The Difference Between Drive.ai and Other Self-Driving Car Companies

One of the most exciting aspects of how Drive.ai’s technology works is that it takes the separation between vehicles and their AI brains to the extreme: The company has been spending its time producing retrofit kits that are actually designed to transform regular vehicles into Level 4 autonomous cars. These packages include radar, LiDAR, and other commercially available sensors. Once outfitted, a vehicle can gauge what’s in its vicinity while the software observes and responds to threats.

Does all of this mean that you will be able to snap a Drive.ai kit on top of your old jalopy and let it drive itself? Unfortunately, the early stages of the technology seem to be geared toward business fleets, so most consumers will have to wait for the company to get established and diversify more. Of course, if you’re operating a pool of service vehicles or delivery cars, the fact that the hardware is designed to be fitted quickly and easily is definitely promising.

What does tomorrow hold for a company like Drive.ai? This is one case where extreme specialization might actually work out well for a business. For example, any novel research or software that the firm produces could prove extremely attractive to automakers that are trying to break into the self-driving vehicle market for themselves. While companies like Alphabet, Tesla, and others have long used machine learning to gain headway in the field, Drive.ai’s staff of Stanford graduates might just have something totally new to offer.

On the other hand, Drive.ai faces some stiff competition. Global companies like Toyota, Honda, and other established automakers have ample capital, material resources, component supply chains, and retail distribution mechanisms for finished products. They can even leverage partnerships with hardware makers like Intel or NVidia if they want to outfit their own vehicles with capable, proprietary AI brains. In the end, it may come down to which firms jump on the most lucrative long-term deals first.

Playing to the Audience

One way Drive.ai is probably going to make a noteworthy difference is in its ability to capture a niche business market. By catering to fleet owners who want to transform their work vehicles into self-driving workhorses, the company could play a crucial part in normalizing autonomous tech for business use. This, in turn, might improve public trust and adoption rates among private citizens. From a liability standpoint, the fact that most companies have more money than individuals could make fleet operators more willing to become potential test cases.

Drive.ai is definitely an interesting example of how diverse self-driving car technology can really be. Whether you end up retrofitting your vehicle or upgrading to a fresh driverless model that was trained through deep learning, entrepreneurs like this company’s leaders are trailblazing new options.