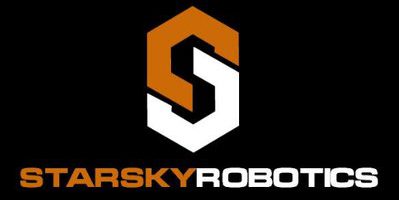 Long-haul commercial trucking requires drivers to spend considerable time on the road, which could lead to fatigue and other hazards. However, the burden placed on human drivers could soon be lowered by Starsky Robotics, an autonomous trucking company.
Players

While self-driving cars and autonomous taxis dominate the headlines, the trucking industry could be the principal beneficiary of automation. Long-haul commercial trucking, which transports 70 percent of all goods shipped in the United States, is a demanding occupation. It requires drivers to spend considerable time on the road, which could lead to fatigue and other hazards. However, the burden placed on human drivers could soon be lowered by Starsky Robotics, an autonomous trucking company.

The Potential Benefits of Autonomous Trucking

Along with uncomfortable work environments, drivers encounter hazardous situations that demand their constant attention while traveling. There are approximately 4,000 truck-related crashes each year. Current wages are not always sufficient to compensate for these challenges. As a result, annual driver turnover is about 90 percent.

According to the American Trucking Association, the current shortage is approximately 50,000 drivers. In addition to the driver shortage, the growing population and robust economy have increased the number of items Americans are ordering online, which requires additional truck capacity. The trucking industry is expected to grow more than 3 percent annually until at least 2023. This scenario provides a compelling argument for technology to increase the industry’s ability to stay abreast with the ever-increasing demand.

Founded in 2017 by Stefan Seltz-Axmacher and Kartik Tiwari, Starsky Robotics wants to modernize the trucking industry by developing a fleet of fully autonomous tractor trailers. To make this goal a reality, the San Francisco-based company has raised over $16 million in venture capital to develop proprietary technology that enables drivers to remotely pilot trucks from a centralized facility. Drivers will monitor 10 to 30 vehicles per hour using video uplinks. Instead of riding inside the cab, drivers will use a video game-like controller to steer the vehicle as needed from the control center.

Because it plans to focus exclusively on highway driving, Starsky Robotics differs from other companies working on autonomous technology for the trucking industry. Highway driving is easier to perform safely. A remote driver operates the commercial vehicle for what is known as the “first mile” and “last mile” portions of a truck’s delivery trip.

These parts of the trip require a driver to navigate the vehicle through more complex city streets and transfer points. Instead of replacing drivers, Starsky Robotics is reserving a driver’s expertise for performing the activities that require human skill. Otherwise, the automated technology handles the tedious and dangerous portions of the trip. If successful, this automation will transform commercial truck driving into an occupation that can be performed within a relatively small area.

Similar to numerous technology companies and the development of the autonomous car, Starsky Robotics is focusing on taking self-driving, long-haul trucks out of the theoretical realm and getting these big rigs on the road. In March 2018, the company was the first to test the performance of a fully autonomous truck successfully on a public roadway. There were no engineers or emergency drivers inside the truck during the trip.

The heavy-duty vehicle traveled approximately 7 miles on a section of south-central Florida highway. Although the stretch of rural Hendry County roadway was straight and empty, the automation allowed the truck to maneuver without incident. The truck, traveling without a trailer on the closed section of County Road 833, was monitored by a remote driver who was in an office in Plantation, Florida. The distance between the driver and the test site was approximately 80 miles. The driver used video feeds from cameras installed in the Class 8 Freightliner tractor.

Starsky Robotics has previously used autonomous trucks with drivers sitting in the cabs to deliver aid to victims in the aftermath of Hurricane Irma. During one of these aid trips, one of the company’s trucks was able to accomplish a 68-mile trip across Florida without requiring any interventions by the safety driver. Starsky Robotics anticipates making completely autonomous deliveries with a single truck by the end of 2018. The company uses Florida for testing because of the state’s progressive autonomous car and truck regulations.

While the initial testing has been a success, a few infrastructure limitations that also hamper the use of self-driving cars must be resolved. These tasks include determining who refuels the autonomous truck in the middle of a long trip. Currently, eight states allow trucks to use wireless communication and sensor integration to synchronize braking and acceleration.

This enables a single driver to control the collection of interconnected trucks. However, the federal government has been slower to adopt rules for automated trucks than self-driving cars. In the world of autonomous cars and trucks, the Starsky Robotics approach has the potential to introduce technology that helps the trucking industry address the challenges it is facing in the near future.