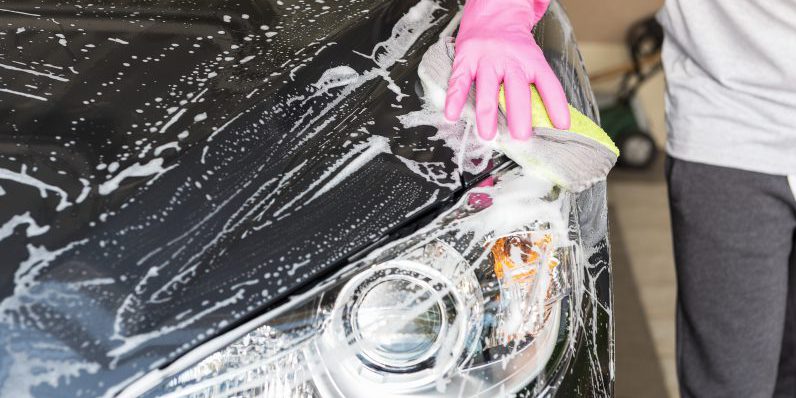 The Dirty Problem with Self-Driving Cars

The automotive industry is on the cusp of transitioning fully autonomous cars from the laboratory to customers in the real world. In November 2017, Waymo announced that it was developing a completely driverless vehicle. General Motors followed suit in early 2018 when it petitioned the federal government for authorization to begin mass producing cars without pedals or steering wheels. However, one of the main factors delaying the rollout of fully autonomous cars is the challenge of keeping the sensors clean.

Self-driving cars depend upon accurate input from sensors to determine an exact position and avoid obstacles. The information is processed by the corresponding onboard system so that the vehicle can react to changing traffic situations. Since cameras and sensors are used to identify road signs, lane markings, and potential obstacles, these vehicles can respond faster than a human driver.

In order for the sensors to work properly, the equipment must be clean and free of obstructions regardless of the weather. As a result, owners must keep their self-driving cars cleaner than their traditional automobiles. The rental company Avis has been contracted by Waymo to clean the tech company’s fleet of test vehicles in Phoenix. An Avis representative said that the vehicles require a significant amount of care because the sensors must be cleaned on a regular basis. Therefore, the company follows a special process when cleaning Waymo’s fleet of vans.

When the sensors are dirty, the vehicles cannot operate in a fully autonomous mode. The problem was highlighted last winter when the adaptive cruise control in a Hyundai Sonata test vehicle in Michigan was rendered useless by the buildup of a slushy snow mix. A warning indicated that the system had disengaged and that the driver should stop and clean the sensors. The driver opted to turn the system off instead. Until this problem can be resolved, self-driving cars may not function in areas with snow and ice.

It’s important to note that trucks and other automobiles passing on the highway often kick up debris and require drivers to frequently clean their windshields. The same problem exists for onboard sensors that are mounted lower on the vehicle. When driving through an extremely dirty environment, operators may have to choose between turning off the autopilot or stopping several times an hour to clean various sensors. It does not matter if the radar, sensors, and self-driving programs are groundbreaking if the car cannot operate because of dirt, grime, or snow. For example, the parking sensors in a Kia Sedona reportedly mistook large snowflakes for an obstruction and sent a warning to alert the driver of an impending accident even though no other vehicles were present.

In addition to clearing away ice, snow, and dirt from a windshield, drivers will now have to regularly clean the various sensors mounted on their vehicles. General Motors is testing autonomous cars in Michigan to determine ways to ensure safe, reliable operation in wintry conditions. These problems may delay the arrival of self-driving cars in many areas that experience adverse weather on a regular basis. Malfunctioning or blocked sensors could render a fully autonomous vehicle completely inoperable if it does not have driver input controls.

Currently, engineers are struggling with ways to keep self-driving cars clean to prevent common things like dirt, bugs, road salt, and snow from blinding autonomous cars. While self-driving cars can navigate a variety of complex traffic situations successfully, they cannot handle a trip through an automatic car wash. The tools and brushes in automatic car washes can knock sensors out of alignment or disrupt the calibration. This could thereby interfere with the vehicle’s ability to sense its surroundings. Soap and water residue may also cause sensors to relay inaccurate information. Furthermore, autonomous cars equipped with bulky LIDAR domes cannot be cleaned in a regular car wash. The vehicles must be washed by hand. Employees keep test vehicles clean by using microfiber cloths moistened with water, glass cleaner, rubbing alcohol, or windshield washer fluid. The liquid residue is removed by puffs of air.

To save labor, automakers are developing ways to automatically clean various sensors. This includes the use of miniature wipers to clean LIDAR domes. They work by spinning around the dome until it is free of dirt. Automotive supplier Continental is introducing an autonomous camera-cleaning system for self-driving cars. In addition, General Motors and other companies are developing and incorporating sensor-cleaning equipment into their vehicles to alleviate the need for regular hand detailing. While automakers and tech companies are making progress in the development of self-driving cars, challenges like the best method to keep the sensors clean and working properly in various environmental conditions must be resolved.