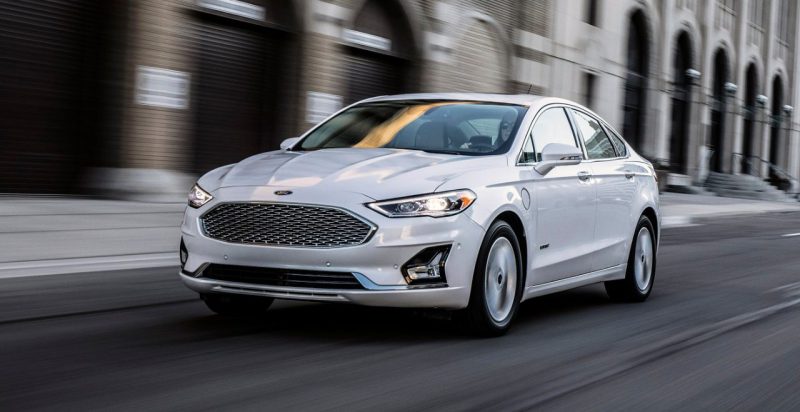 Ford has already researched and built hybrid, all-electric, and hydrogen-powered cars, so autonomous vehicles are a natural next step in their research and technological advancement strategies. Ford's efforts have resulted in several test cars that have taken to the streets of Miami, Florida in 2018.
News

The Ford Motor Company is headquartered in Dearborn, Michigan, and it is a multinational corporation. As one of the American “Big Three” automakers, the company is one of the leaders in researching and developing the technology and production facilities for self-driving cars. Ford has already researched and built hybrid, all-electric, and hydrogen-powered cars, so autonomous vehicles are a natural next step in their research and technological advancement strategies. Ford’s efforts have resulted in several test cars that have taken to the streets of Miami, Florida in 2018.

Ford Self-Driving Cars Are Being Tested

Ford is testing two different types of autonomous vehicles in Miami. One type is the Domino’s car. As of March 2018, there is just one of those cars on the road. It is being operated by a human driver while the company tests out the autonomous features and car-human interactions. The second type of self-driving vehicle that Ford has on the streets of Miami is the blue and white research car. This car has the hardware on the outside which includes cameras, sensors, radar, and LIDAR. They also have software, which is developed by Argo in partnership with Ford. Miami is a challenging environment because of its congestion, high level of sun glare that can interfere with sensors, and high number of pedestrians and bicyclists who also make use of the streets and crosswalks.

Ford has several purposes for testing its autonomous cars in Miami. One of the purposes is to gather high-definition mapping data about the urban landscape. The artificial intelligence software will have to learn from the information that is gathered by the self-driving car’s LIDAR, radar, sensors, and cameras in order to build three-dimensional maps for analyzing the environment. Ford is also testing its cars in a dense urban environment in order to see how humans interact with autonomous cars.

The company is seeking information about how humans will interact with the vehicles, especially those that are intended for deliveries. Some of the questions that Ford is seeking to answer include how the pizza shop employees will know to load the vehicle, where employees should put the pizzas, when to load the pizzas, and whether or not the people who order pizzas will be willing to exit their homes and walk to the delivery vehicle in order to retrieve the pizza. The answers to these questions could help Ford to adapt its artificial intelligence software and would help its partners to hone their array of services.

Ford also has questions about how the self-driving cars will fare. For example, with the delivery cars, Ford wants to know how dirty the cars will get and how often they will need to be cleaned of crumbs and other food debris. How often the cars will need to be serviced or have their batteries recharged is another concern. The more frequently a self-driving car needs to have parts maintained or sensors reset, the more downtime it will have. More downtime could decrease the cost-effectiveness of a self-driving car fleet for either ride-sharing or delivery services.

What Ford Wants the Autonomous Cars to Do

The self-driving cars that Ford is testing in Miami will be used for deliveries and for ride-hailing services. The delivery service cars are likely to be used for the delivery of consumer goods that are made to order, such as pizzas. Ford has already established a partnership with Domino’s Pizza in using autonomous cars for pizza delivery in Michigan.

Ford also has plans for a fleet of self-driving cars that will function as taxis in large cities. To that end, Ford has already partnered with Lyft and Postmates in order to develop software for ride-sharing services. The city of Miami wants to know if the self-driving vehicles could improve congestion problems in the city or get more people to its downtown monorail in order to increase the use of mass transit.

Ford’s Plans for Commercializing the Cars

In order for Ford to meet its 2021 goal of having a fleet of autonomous cars on the roads of Miami and other big cities, it has a lot of logistical hurdles to cross. That is where its partnerships with Waymo for software design and Lyft for ride-sharing come into the picture. Waymo has also worked with Avis, the car rental company. Avis has experience with routine service work, maintenance, fueling, and other fleet maintenance services. It also has a lot of locations that autonomous cars could take themselves to in order to get serviced. Together, these companies may be able to navigate through the logistical challenges of getting government approval for SAE Level 4, SAE Level 5, and SAE Level 6 vehicles.