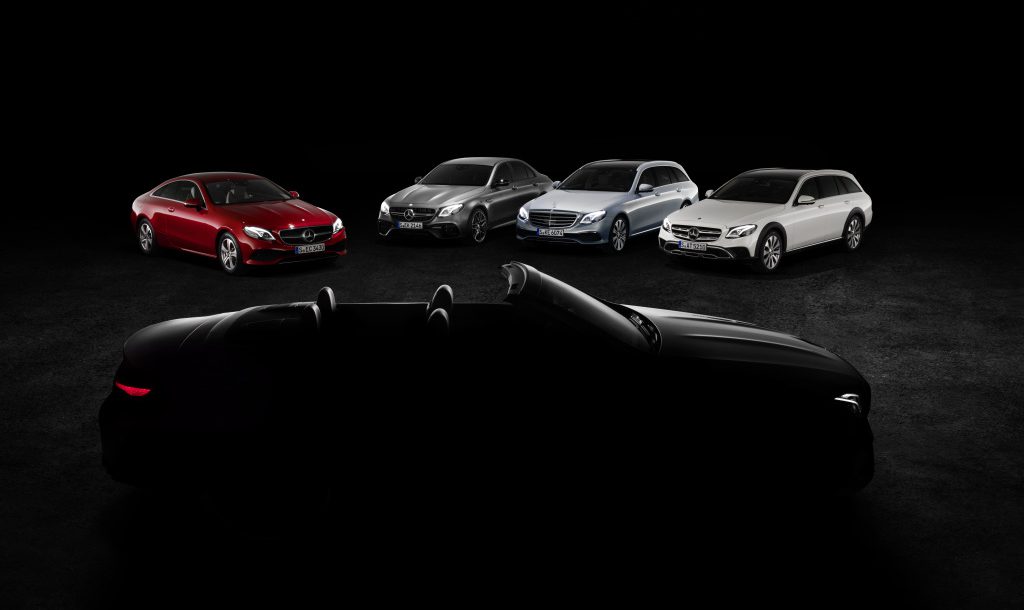 As Mercedes-Benz prepared to roll out its 2016 E-Class line, the company started talking publicly about Drive Pilot, its name for a new line of intelligent safety features. Drivers who have purchased E-Class vehicles since 2016 have been among the first to try Mercedes' self-driving car technologies.
Autonomy Today

As Mercedes-Benz prepared to roll out its 2016 E-Class line, the company started talking publicly about Drive Pilot, its name for a new line of intelligent safety features. Drivers who have purchased E-Class vehicles since 2016 have been among the first to try Mercedes’ self-driving car technologies.

Three Features for Safety and Convenience

Mercedes-Benz rolled out Drive Pilot with the goal of moving Mercedes vehicles closer to being truly self-driving cars. The company has described Drive Pilot as the “next step along the path toward autonomous and accident-free driving.”

Drive Pilot’s three main features are Distance Pilot Distronic, Speed Limit Pilot, and Steering Pilot. Each has its own job to do, but the three components work together to help the driver feel like the vehicle is practically a self-driving car. For vehicles with additional autonomous car features, the Drive Pilot system complements them to increase the car’s capabilities.

Like other autonomous cars on the market, Speed Limit Pilot identifies speed limit signs. However, rather than simply displaying the speed limit information for the driver’s reference, the system puts that information to work itself. The car adjusts its own speed to match the posted regulation.

Steering Pilot keeps the vehicle centered in the lane. Relying on lane markings as guidance, the steering capability works at speeds up to about 80 mph. When road markings are not available, the system is able to use nearby objects and vehicles to center the car. Drivers who begin to veer out of the lane are alerted with a steering wheel vibration. When necessary, the car gently applies the brakes to reduce the drift.

Extra Features for a Premium Price

Drive Pilot has no shortage of semi-autonomous features, but for drivers who want more, E-Class cars offer it in the form of premium packages. Many of the premium features add to, and expand on, the basic Drive Pilot suite.

For example, there’s Active Brake Assist to keep an eye out for pedestrians and cars whether ahead or coming across the path. Evasive Steering Assist can help maneuver the car around an obstacle, and when there’s a threat, the car can alert the driver or do the braking itself.

Active Lane Change Assist complements the Steering Pilot feature. When the driver signals to change lanes, the car helps monitor the process and assists with steering.

Off the road, upgraded cars can pull into parking spots. They also maneuver themselves back out of those spots.

The automated system can do some of the driving, yes, but it can’t do all of it. Drivers may find themselves perplexed from time to time about whether they should let the car maintain control or handle tasks themselves.

Mercedes-Benz makes it clear, however, that E-Class cars are not Level 4 self-driving cars. The technology is helpful, but it does demand human interaction and intervention. To remind drivers to return their hands to the steering wheel, the system first flashes a warning signal then dings a warning chime. If those nudges go unheeded, the car turns on the hazard lights and rolls to a stop.

Drive Pilot and the Future

With each model year since 2016, Mercedes-Benz has continued to offer the Drive Pilot lineup in the E-Class cars, and buyers have also had the option to add Premium Packages with additional autonomous car technologies. Major Drive Pilot jumps haven’t happened lately, but don’t take that as a sign that Mercedes-Benz is becoming complacent.

Just take a look at 2018 S-Class Mercedes-Benz vehicles to see where the company’s self-driving car focus has gone lately. S-Class cars are receiving a whole new version of Drive Pilot, one that can do significantly more driving than the original Drive Pilot suite. E-Class Drive Pilot does 20% of the driving. For the new technology in S-Class cars, that figure jumps to a staggering 80%.

When will E-Class cars get to try out this new system? There’s no official word yet, but as self-driving cars become closer and closer to a tangible reality, there’s a good chance that Mercedes-Benz will step up the Drive Pilot suite for E-Class vehicles. Keep watching, and you’ll likely see the evolution of self-driving E-Class cars unfold.