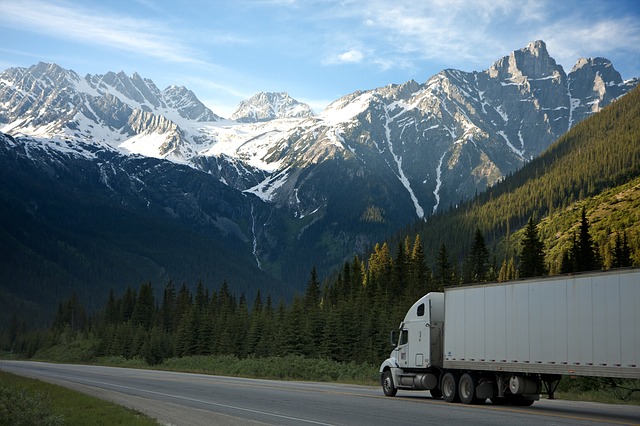 n order for companies to get a good return on their investments into self-driving cars, the technology has to be available for commercialization.
Autonomy Tomorrow

In order for companies to get a good return on their investments into self-driving cars, the technology has to be available for commercialization. The trucking industry is a natural choice when it comes to deploying the technology of autonomous vehicles in a way that will be profitable, efficient, and helpful to the economy.

How Self-Driving Car Technology Would Differ in Trucks

The technology being used for autonomous vehicles is centered on the navigation of dense urban environments with a mix of pedestrian, bicycle, mass transit, and automobile traffic. The technology needed for self-driving trucks will require a different type of software. For the most part, long-haul trucks primarily drive on long stretches of interstates. Those long stretches of interstate provide an ideal opportunity for a computer to take over for most of the driving.

The computer’s automation could give a big boost to fuel economy through “platooning”, requiring less use of the gas and brake pedals. Most consumer goods and materials for manufacturing goods have to be hauled by a truck. Some raw materials, semi-finished parts, and completed items are transported multiple times in different trucks. With all of these logistical needs, it is natural for fleet managers to want to make their operations as efficient as possible.

Why the Trucking Industry Could Benefit From Self-Driving Cars

With self-driving trucks, the software could do the majority of the driving. An experienced truck driver could be in an office, helping finish the driving once a truck is ready to exit the highway, go into an urban environment with arterial streets, and head into the parking lot of a distribution center or warehouse. Seated at a console, a single experienced truck driver could help complete the routes of an estimated 10 to 30 trucks per day. Instead of being on the road for 12 hours per day, five or six days per week, the truck driver could go home at the conclusion of his or her shift.

Trucking companies would be able to complete their routes without running into driver overtime issues, maximum hours per day requirements, and other regulations that are related to the use of human drivers in the cab of a truck. Companies could also enjoy the economies of scale, just-in-time shipping, and fewer scheduling issues.

Even with SAE Level 4 or SAE Level 5 technology in trucks, drivers could set the computer’s controls for a long stretch of straight interstate travel, climb into the cab’s bunk, and sleep for the overnight hours, taking over again when the truck reaches an urban environment or when it gets close to its destination. An experienced driver off-site would be able to monitor multiple trucks set on the autopilot while drivers sleep at night, suggest technology developers at CityLab.

Ways Truckers Could Benefit From a Self-Driving Fleet

Autonomous cars and trucks are still in the testing phase. During the testing phase of SAE Level 4 and SAE Level 5 vehicles, a driver must be in the cab or driver’s seat of the autonomous car or truck. This means that truck drivers will play a vital role in the assessment, efficiency, and software development of the technology that goes into the self-driving cars and trucks. The drivers will also need to be the system’s eyes and ears, taking over when the software is unable to respond to an unpredictable situation, such as a deer running into the road or an accident or debris field that has caused one or more lanes of a road to be blocked.

Drivers will have more opportunities for local hauling, supervisory positions, and high-level positions, explains Chuck Price, who is a vice president at TuSimple, a startup working on self-driving car technology for big-rig trucks. Price’s perspective is that truck drivers will be an important part of the transition to autonomous trucks, and the transition process from an all human-operated fleet to a fully autonomous fleet will be a long one.

The Future of Jobs for Truck Drivers

Technology developed by Daimler will still require a driver even after the testing phase is complete. The truck drivers will need to take charge for lane changes, exiting off interstates and toll roads, navigation of the urban environment, and navigation in the loading docks at warehouses, distribution centers, and retail locations. Even when the autonomous trucks are on the road, there will be an estimated shortfall of 240,000 truck drivers by 2022. Even when SAE Level 5 technology is widely deployed in trucking fleets, truck drivers will still have plenty of opportunities for employment, especially in short-hauling applications.