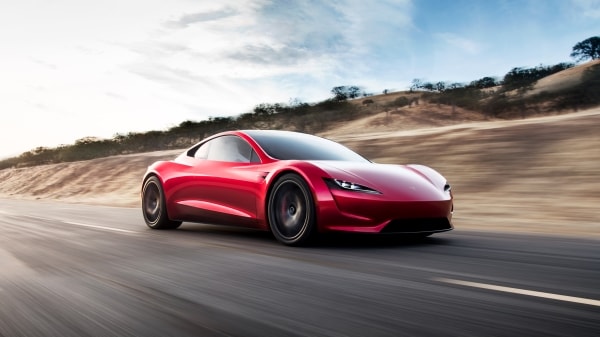 Autonomous technology promises the reality of self-driving cars on city streets within a couple of years. However, Tesla is running ahead of the pack with its Autopilot program.
Autonomy Today

Autonomous technology promises the reality of self-driving cars on city streets within a couple of years. However, Tesla is running ahead of the pack with its Autopilot program, which is already being tested and sold on a “promissory” basis. The sold models would receive upgrades as they’re developed. In 2017, Tesla CEO Elon Musk announced that his company, which has been developing Autopilot software for several years, would begin transforming its operations to manufacture fully autonomous vehicles within a year. “The foundation is laid,” Musk recently proclaimed.

Tesla’s Autopilot software is already an add-on option for Tesla models S and X. While this version of the Autopilot software is not fully autonomous, it’s designed to assist drivers on the highway. Using cameras, radar, and GPS technologies, these Tesla models can self-steer, detect and respond to nearby vehicles, apply brakes in emergency situations, and even self-park.

The Autopilot program is arguably leading the way among car manufacturers that are testing self-driving car technology. By July of 2016, Tesla Autopilot was already being used in 70,000 cars in more than 780 million miles of road driving. Although this software version doesn’t enable full autonomy, Tesla is planning the production of fully autonomous cars. Some of the advances already in production include:

Tesla’s autonomous technology is ahead of other car manufacturers because the company is now only building cars with full self-driving hardware. Despite this ambitious reach, the company affirms that safety is a major concern. Some drivers and passengers have criticized the software for not responding in an efficient manner. However, Autopilot 2.0 software has addressed these concerns with a fine-tuned control algorithm to provide smoother rides and more responsive controls. Many reviewers have noted the improvements in the update.

Some critics have pointed to a May 2016 fatality in a Tesla S that used the Autopilot software. Understandably, the accident sparked lots of debate on whether the technology was moving too fast. Tesla is hoping to use the tragic incident as an important lesson. Some people suggest that the addition of LiDAR, or laser, technology in the Tesla Model S would have prevented this accident. Google reports that there have been 272 self-driving car accidents and 13 close calls in its program to develop an autonomous car.

Lessons learned from Tesla’s Autopilot program should affect governmental regulations all over the world. Insurance companies, transportation departments, highway safety agencies, and others are closely monitoring the results.

Many people assume that self-driving technology will only be used on geofenced areas — such as high-speed commuter lanes — but Tesla is committed to fully autonomous cars on the world’s roads. Elon Musk responded to the possibility of accidents by comparing the numbers to Autopilot’s life-saving potential. Although Musk has championed full autonomy, there are still limitations about where these cars can be driven. Tesla is marketing its version of Enhanced Autopilot and “full self-driving” packages using an agile, iterative approach where owners get access to new features as soon as they’re developed and validated.

Despite some accidents and legislative uncertainties, the fully autonomous car could be arriving within a few years. Indeed, Musk has already set a timeline for 2019. Tesla’s commitment to reducing the use of fossil fuels and manufacturing self-driving cars has spawned an army of imitators, supporters, and critics. This conversion is a paradigm event that will transform the way people live, drive, and commute. For example, the auto insurance industry could undergo major changes as accident rates fall. Tesla’s Autopilot program is helping foster self-driving technology by creating a road map for legislative action and insurance planning.