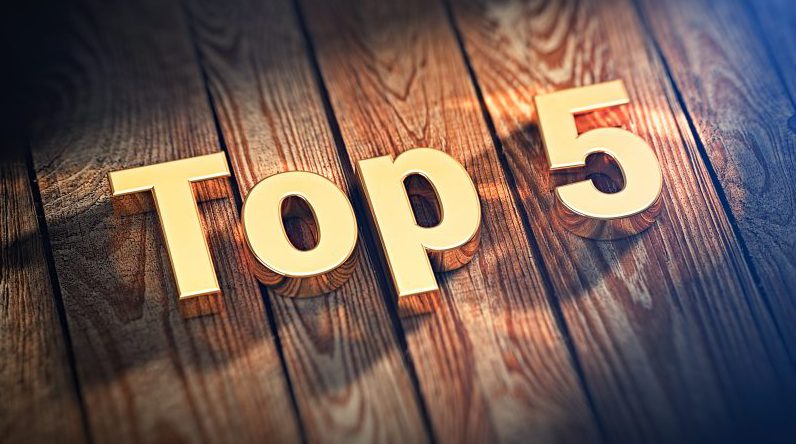 The idea of autonomous car technology has inspired the imaginations of many tech developers and designers. However, these 5 innovators have really stepped up and paved the way for others in the industry.
Players

The idea of autonomous car technology has inspired the imaginations of many tech developers and designers. However, some innovators have really stepped up and paved the way for others in the industry. While many large and small companies are joining the race to make the best autonomous car, there are five leaders in the sector who are the most notable.

As a pioneer in machine learning, Red is known as the godfather of autonomous vehicles. He earned this name because many of his students have become prominent people in the world of autonomous car technology. However, Red has many personal claims to fame in the industry. He built a six-wheeled robot and taught it how to drive itself around campus. He was also the first person to pass another car on the highway in a self-driving car. After he built his self-driving robot, he shifted his focus to autonomous cars. Red and his students participated in three of the Department of Defense’s self-driving vehicle competitions between 2004 and 2007 and won twice.

Chris was one of Red Whittaker’s students who participated with him in the Department of Defense’s competitions. After getting his doctorate degree in robotics from Carnegie Mellon University, Chris worked for Google and helped develop autonomous technologies for cars. During his time with the tech company, he used his knowledge and skills as a researcher to lead many developments. Chris eventually left Google and partnered with other great minds in the industry to form Aurora Innovation. Although the company does not make vehicles, it creates autonomous technologies for manufacturers such as Hyundai and Volkswagen. As a member of the leadership team at Aurora Innovation, Chris works with his colleagues to make autonomous technologies that improve safety for motorists in bigger cities.

Even people who don’t follow autonomous tech developments are familiar with this pioneer’s name. In fact, his SpaceX program recently made headlines when it became the first to launch a commercial vehicle into space. Elon is also known for developing the Tesla Autopilot technology, which was originally designed to assist drivers and enhance safety. The initial version’s sensors and cameras helped drivers stay in the correct lane, change lanes, and maintain a safe speed. Elon recently announced that Tesla’s Autopilot technology will change again. He has not provided specific details; however, he said that the company is striving for full autonomy with the latest system upgrade.

After graduating with a bachelor’s degree in mechanical engineering and a master’s degree in business administration, John became a lead designer for Ford. He then became CEO of Hyundai, where he made waves for skyrocketing the car manufacturer’s profitability. He has since moved on to Waymo, which is part of Google’s parent company. John is a leader in the data acquisition program, which is a vital component of self-driving technology since vehicles rely on maps and shared information. He is now working with the team at Waymo to release Level 4 autonomous cars for ride-hailing services.

Drew is another notable innovator who studied at Carnegie Mellon University, and his passion for robotics led him to become a professor at the institution. He developed a summer program there to help students excel in robotic technology. Drew also worked with Uber on self-driving technology development. While at the ride-share company, he was the head of the autonomy and perception team. Drew is a co-founder of Aurora Innovation and continues to develop intelligent transportation system features using his knowledge of robotics and sensory technology. One of his goals is to design a system that can observe its own operations and use gathered data to improve its performance. This autonomous technology could collect data about experiences, use it to improve future trips, and share it with other self-driving cars.

With dozens of autonomous technology companies in existence, there are plenty of other names that deserve recognition. However, these five men helped pave the way for the latest developments. In addition to boosting their own names, they strengthened the names of their companies. The current notoriety prize that every tech company has its eye on is releasing the first Level 4 self-driving car for public sale. Currently, several companies that are developing Level 4 autonomous systems are waiting for federal legislation changes and approval from safety regulators.