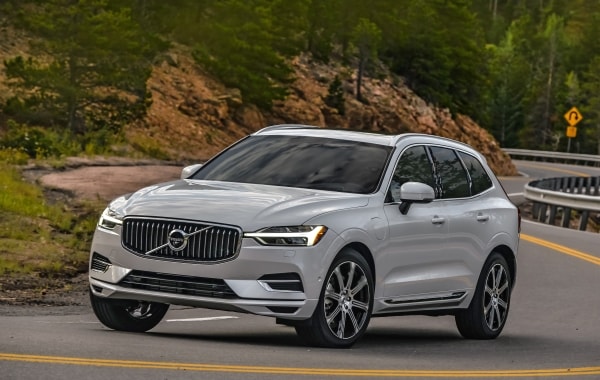 As part of its total overhaul for 2018, the Volvo XC60 comes with a bevy of semi-autonomous features designed to improve passenger safety.
Autonomy Today

As part of its total overhaul for 2018, the Volvo XC60 comes with a bevy of semi-autonomous features designed to improve passenger safety. This luxury SUV seats five, which makes it ideal for large families. Indeed, Volvo is likely hoping its lineup of safety features will encourage parents to choose this modern vehicle.

A suite of semi-automated safety features comes standard on every 2018 XC60. Known as City Safety, this feature set is not new, but it has been upgraded for the latest model year. As Volvo engineer Andreas Lindberg explains, City Safety is a technology that helps you avoid collisions.

For the 2017 XC60, lane departure warnings were an optional feature. For the 2018 model of the SUV, however, Oncoming Lane Mitigation is a standard autonomous car feature. This system kicks into gear if a driver crosses a lane marker when another vehicle is approaching. It can then do two things: steer the car back to its original lane and provide a warning signal to the driver. Oncoming Lane Mitigation works at speeds between 37 and 87 mph. The car also has Lane Keeping Aid, which steers the car toward the middle of a lane when the driver starts to veer. This feature also sets off warnings when the line is crossed.

If a driver is approaching a hazard, City Safety will do the sort of thing you’d expect from a self-driving car. To avert a crash, the vehicle can guide the steering and apply the brakes. This safety feature works at speeds of up to 37 mph.

Another smart feature that comes standard on the 2018 XC60 SUVs is Road Sign Information. It picks up on important road markers, such as speed limit signs, and displays the information in the driver’s line of sight.

Of course, there are some inevitable instances when a traffic accident can’t be stopped. The 2018 XC60 is better-equipped to handle these situations as well. When a crash is imminent, the SUV’s smart functions perform a last-minute tightening of the seat belts. After the impact, the car comes to a stop on its own and automatically unlocks the doors.

This impressive lineup of features plants the Volvo XC60 firmly in the lineup of Level 2 self-driving cars. However, manufacturers decided to throw in a few optional extras to make it stand out even further in the field of semi-autonomous vehicles.

Pilot Assist is an optional feature designed with urban dwellers in mind, and it’s ideal for highway driving. This system keeps the SUV moving along with the pace of traffic. Drivers select the speed at which they’d prefer to drive and how far away from the next car they want to remain. Pilot Assist accelerates and decelerates in order to accommodate those parameters. Drivers can even let the system operate during the monotony of a traffic jam.

Keep in mind, Volvo makes it very clear that this is by no means a Level 4 autonomous car. Drivers must always pay attention to what’s going on and take responsibility for controlling the vehicle. In fact, Pilot Assist doesn’t automatically turn on. Even after drivers engage the feature, keeping one hand on the steering wheel is required, or the system deactivates.

Drivers who spend a good deal of time in multilane traffic may also want to add Volvo’s Blind Spot Information System (BLIS). When the SUV is going at least 6 mph, BLIS is at work. This feature uses radar sensors to keep an eye out for other cars at the side and rear of the vehicle. It looks out for cars in adjacent lanes as well as vehicles that are quickly coming up on the driver from directly behind. When either type of approaching vehicle is detected, BLIS uses a light to warn the driver.

BLIS is particularly useful for preventing drivers from shifting lanes at the wrong time. If a driver flips the turn signal switch when a BLIS warning light is on, the system will ramp up its cautions. Not only does the light become more intense, but it also blinks on and off.

As with Pilot Assist, Volvo is quick to remind drivers not to rely entirely on the abilities of BLIS to prevent crashes. Drivers must remain vigilant and use good judgment before changing lanes.

So no, the 2018 Volvo XC60 isn’t a Level 4 autonomous car. Volvo won’t be close to producing a fully self-driving car for several more years. In the meantime, though, the XC60 boasts an array of standard and optional semi-autonomous features that Volvo hopes will make the road a safer place.