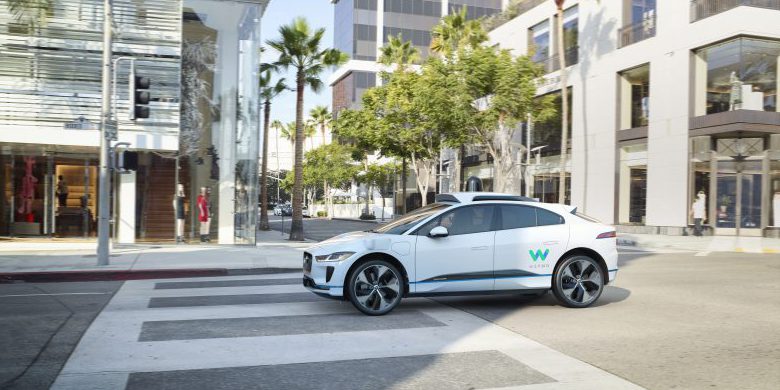 Waymo plans to augment its existing autonomous car fleet by purchasing up to 20,000 compact SUVs from Jaguar.
News

Could your next ride-hailing experience with Waymo be in a high-end Jaguar? Waymo’s purchase of as many as 20,000 electric vehicles from the automaker may hold such promise.

In late March 2018, Waymo announced its intention to increase the number of driverless vehicles on public roads. In its announcement, the firm said that it planned to augment its existing autonomous car fleet by purchasing up to 20,000 compact SUVs from Jaguar. The I-PACE vehicles would join the thousands of Pacifica hybrid minivans that Waymo previously ordered from Chrysler. If all goes well, the firm claims that it will be able to provide one million rides each day.

Partnerships play massive roles in the propagation of transportation technology, and the autonomous car world is no different. As companies that focus on self-driving cars expand their market shares, they’re turning to the tried-and-true business technique of working with established players. From BlackBerry joining the ranks of Microsoft and others that contribute to Baidu’s Apollo open-source self-driving program to Nvidia providing computer vision and decision-making systems for various self-driving car makers, cooperation is practically a given in this field.

In light of the autonomous car industry’s cooperative tendencies, perhaps it comes as no surprise that Waymo and Jaguar would join hands. For instance, the I-PACE line was launched just before the companies decided to come together and jointly develop their new 20,000-strong fleet over a two-year period. This means that Jaguar’s new vehicle can benefit from the increased brand publicity it will get from serving riders.

At the same time, Waymo can leverage a consumer-ready platform to expand its self-driving car services without having to overcome challenges like distribution. Working directly with the manufacturer from such an early stage in the I-PACE launch cycle might also make it simpler for the companies to hash out the safety, technology, and comfort details.

As observers have noted, this deal will be one of the first partnerships between a luxury car brand and an autonomous car company. Even though self-driving car makers have already worked with automakers, this upgrade to higher-end models may appeal to a new class of motorists and passengers. At the very least, banking on Jaguar’s established reputation could give Waymo increased legitimacy that bleeds over into the rest of the self-driving car industry. More high-end vehicle manufacturers getting involved in autonomous cars could prompt heightened investment and corporate interest.

Waymo’s early announcements in New York said that the company had created what it thought was one of the most experienced drivers in the world. It also said that Jaguar’s new battery-powered electric vehicle platform would redefine safety and capacity. To a casual consumer, this might seem like a pretty good combination.

Will things be so perfect in real life? Barring any major incidents, it may all come down to the performance. After all, the first Waymo-Jaguar vehicles to hit the road will be part of ride-hailing fleets, so people are likely to pay attention to factors like handling, comfort, and trip speeds. Some critical stats include that the I-PACE will:

The I-PACE platform features over-the-air software updates and a windshield-projecting heads-up display. Owners can also use Amazon Alexa integration to check a vehicle’s charge and status before driving. It’s uncertain whether Waymo riders might get similar perks, but it’s easy to see how fleet managers could benefit from such convenience.

The I-PACE isn’t quite as far-ranging or punchy as Tesla’s Model X SUV. Nonetheless, observers say that the vehicle is clearly intended to keep Jaguar competitive with such offerings. The “premium” stance should definitely differentiate the ride-hailing service from Porsche, Tesla, Uber, and other companies that have heavily invested in autonomous car technology.

Where Could This Go?

Waymo and Jaguar described their partnership as “long-term.” It’s not totally clear what might happen after the initial two-year period is up, but the firms seem to be moving quickly. Although neither was forthcoming about the exact timetable, Waymo said its taxi fleet would appear in Unites States cities, including Phoenix, before the end of 2018. It’s also worth considering that the base price of the I-PACE starts at almost $70,000 without a stitch of autonomous technology. In other words, the ride-hailing, self-driving car version may be many people’s best chance to experience the luxury feel without breaking the bank.